Dr. Brandon Gien is the Founder of Good Design Australia and Chair of the annual Australian Good Design Awards. In 2015, Brandon was inaugurated as a Senator of the World Design Organization (WDO), the world body for Industrial Design. He was a member of the Board of Directors for three consecutive terms and elected President of the organisation from 2013 to 2015, the first Australian to hold this position.

During his term as WDO President, he led the strategic transformation of the organisation, resulting in a new name, new vision and mission and a new global definition of Industrial Design. Through his work on the WDO Executive Board, he was instrumental in creating the World Design Impact Prize to honour Industrial Design driven projects that make a positive impact on our social, economic, cultural and environmental quality of life.

He is the current Chair of the Selection Committee for the World Design Capital®, designated every two years by the World Design Organization to recognise cities for their effective use of design to drive economic, social, cultural, and environmental development.

Prior to founding Good Design Australia, Dr. Gien was the Executive Director of Design Strategy at Standards Australia, recognised by the Australian Government as nation’s peak standards body.

He studied Mechanical Engineering at the University of Newcastle where he later graduated with a Bachelor’s Degree in Industrial Design. He holds a PhD in Environmental Design from the University of Canberra’s School of Design and Architecture.

Dr. Gien was made a Design Ambassador to Japan, an international design advocacy role organised by the Japan Institute of Design Promotion (JDP).

He is currently an Adjunct Professor of Industrial Design at the University of Canberra and a presenter on popular television series: Australia by Design Innovation on Network TEN and 10 Bold. 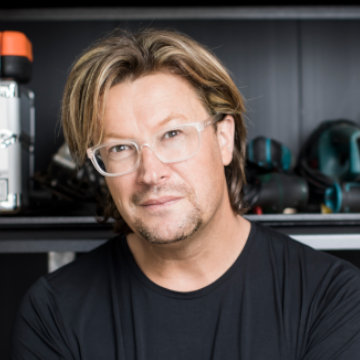