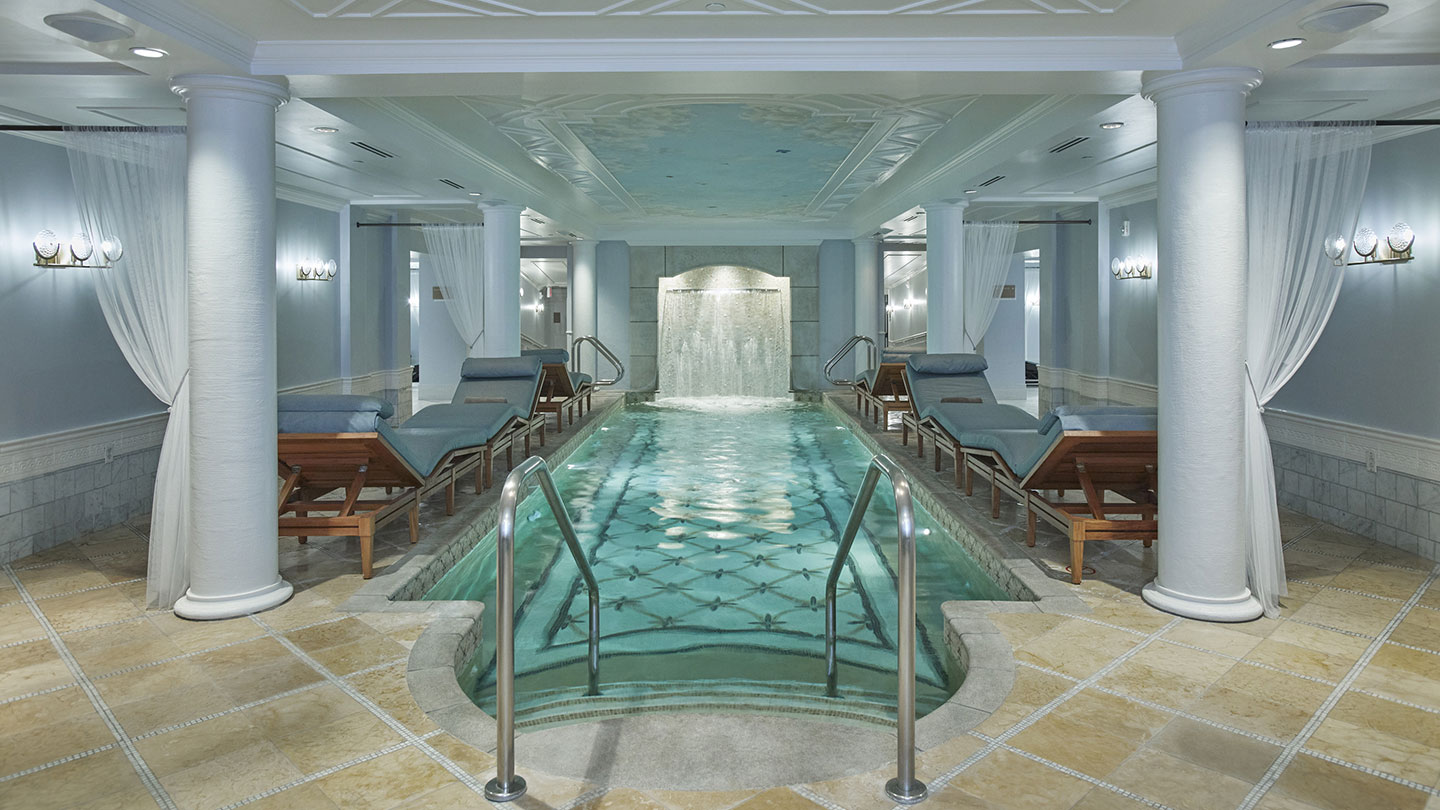 1. Prize information and instructions on how to enter form part of these Terms and Conditions.

2. The PROMOTER is MWC Productions US Inc., henceforth referred to as the ‘PROMOTER’. The PROMOTER is producing the television series New York By Design: Architecture Season 1 or also called by the name New York By Design. The PROMOTER’s website newyorkbydesign.com is directly related and linked to the television series. Within the television series and on the website, the PROMOTER is running a promotion, the People’s Choice Award. (This promotion will also be featured and promoted on the PROMOTER’s social media platforms including but not limited to any and all present or future promotional or media platforms used by the PROMOTER.) This promotion is sponsored by Kohler Co., henceforth referred to as the “SPONSOR.”. As part of sponsorship the SPONSOR is offering a prize or prizes for a game of skill within this overall promotion, details of which will be described in these Terms and Conditions. The overall promotion described above in this paragraph is referred to as the Kohler Peoples’ Choice Award.

3. As previously stated within, the above-described promotion is a game of skill henceforth referred to as the “Competition.” Chance or arbitrary selection plays no part in determining the winner of the Competition. The act of entering or opting into the Competition alone, does not increase in any way an entrant's chance of winning. Each valid entry will be individually judged by the PROMOTER, or an entity designated by the PROMOTER, based upon individual literary and creative merit. This is a game of skill with the sole, discretionary entity in determining the winner being the PROMOTER or an entity designated by the PROMOTER. The PROMOTER hereby and categorically states that to the absolute best of its abilities that in no way whatsoever will it or an entity that it has designated, select the winner of the Competition based on any inference of race, ethnicity, gender, sexual orientation or related discriminatory or prejudicial biases. All entries must be an independent creation by the entrant and free of any claims that they infringe on any third-party rights. Entries must not have been published previously and/or have been used to win prizes in any other competitions.

4. The PRIZE. There will be 1 winner selected. SPONSOR awards the winner of the Competition the following PRIZE: 2-day, 2-night stay in one deluxe guest room with double occupancy, two 50-minute spa treatments at Kohler Water Spa and a Destination Kohler gift card for incidentals/food and beverage/amenities.

No cash will be awarded in lieu of the Prize. The Prize cannot be transferred, exchanged or sold.  Prize will be delivered directly to the winner and does not include installation or any additional services.

5. ELIGIBILITY: The Competition is only open to legal U.S. residents, who are physically residing in one (1) of the forty-eight (48) continental United States or the District of Columbia (excluding Alaska, Hawaii, Puerto Rico, Guam, and the Virgin Islands and other United States territories). Persons residing in other jurisdictions are not eligible to enter the Competition. You must be eighteen (18) years of age at the time to entry. Officers, directors, and employees of SPONSOR, and members of immediate families (biological, step or in-law) including parent, grandparent, child, sibling, or spouse of any of the foregoing (regardless of where they live) or households of any of the above, whether related or not, IRS dependents, and household members of SPONSOR and its respective parents, affiliates, subsidiaries, advertising, parents, affiliated entities, directors, officers, employees, attorneys, agents, and representatives

promotion, and web design agencies (collectively, the “Released Parties”), and all other entities involved in the creation, administration, or fulfillment of the Competition are not eligible to enter or win. The Competition is subject to all applicable federal, state, and local laws and regulations and is void where prohibited or restricted by law. By entering this Competition, entrants agree that they have read these Official Rules, the Instagram, LinkedIn terms and policies and agree to abide by and to be bound by the terms and conditions of the Official Rules. False and/or deceptive entries or acts shall render entrant ineligible. Promotors, Sponsors’ and Administrator’s decisions are final and binding in all matters related to the Competition. Winning a prize is contingent upon fulfilling all requirements set forth herein.

8. All entries must be received by the end of the Promotion Period to be valid. There is a limit of one (1) entry, per valid email address, per eligible person. Use of script, software, code or any other automated or electronic system to enter the Competition or attempt to manipulate its outcome will be viewed as a direct violation of these Terms and Conditions. By entering into and participating in the Competition individuals agree to be bound by these Terms and Conditions and any and all decisions by the PROMOTER.

9. Otherwise stated, all decisions made by the PROMOTER regarding any aspect of the Competition and the Prize are final and binding and no correspondence will be entered into.

10. The PROMOTER reserves the right to withdraw or amend the Competition as necessary due to circumstances outside its control.

11. At the time of collecting the Prize the winner will be required to confirm their identity by producing such photo or other forms of identification as may be directed by the PROMOTER.

12. To the extent not prohibited by law, the PROMOTER, its associates, affiliates, employees, professional partners as well as SPONSOR, its associates, affiliates, employees, partners are not liable for any injury, loss or damage (direct or consequential) however caused (including by negligence), suffered or incurred in connection with the Competition or the Prize (including the use of the Prize). Any condition or warranty which would be implied by law into these Terms and Conditions is excluded.

14. Once the Prize has been confirmed by SPONSOR, the Prize is deemed non-transferrable.

15. On acceptance of the Competition Prize, the winner acknowledges that they have read and agreed to any SPONSOR conditions that may apply to the redemption of the prizes.

16. All entries become the property of the PROMOTER. By entering into the promotion, you accept all conditions of entry including these terms and conditions.

17. The personal information you have provided to the PROMOTER by completing the Competition entry form may be used for the purpose of administering the Promotion and to contact you if you are the winner of the Competition. This may be by any means of communication including telephone and electronic messages (e.g. email). If the information requested is not provided, you may not be considered an entrant in the Competition.

18. The winner of the Competition will be announced publicly via PROMOTER online and media channels, including but not limited to, New York By Design, and By Design Channel websites, Instagram, Facebook, and LinkedIn pages.

19. By submitting an Entry, you consent to the use, by PROMOTER, its affiliates, subsidiaries, parents, partners and licensees, of your name, entry text, hometown and state, in connection with the Competition and PROMOTER’s related marketing activities, in any media or format now known or hereafter invented, in any and all locations, without any payment to or further approval from you. You agree that this consent is perpetual and cannot be revoked.

20. By participating in the Competition the winner agrees to participate and cooperate as required in all editorial activities relating to the Competition, including but not limited to being interviewed, photographed, videotaped or filmed. The winner agrees to granting the PROMOTER a perpetual and non-exclusive license to use such footage and photographs in all media worldwide, including online social networking sites in perpetuity and the winner (and their companions) will not be entitled to any fee for such use.

22. The PROMOTER will not be responsible for failure to receive submissions to the Competition or other electronic communications due to transmission failures or technical failures of any kind, including, without limitation, malfunctioning of any network, hardware or software, whether originating with the sender or the PROMOTER.

24. By submitting an entry into the Competition entrants consent to receive promotional and other marketing and business development messages from the PROMOTER (including messages sent electronically for an unlimited period of time). Entrants will be able to opt-out at any time by following the instructions included in each message sent by the PROMOTER.

25. By entering this Competition, entrants agree to be subscribed to SPONSOR’s database for online marketing and promotional communications. Entrants consent to their name and email address being used for this purpose. Refer to SPONSOR’S Privacy Policy for information on how SPONSOR will store and use any information collected.

27. The PROMOTER reserves the right to request the Competition winner signs a winner’s deed of release or any other relevant forms or agreements that the PROMOTER deems necessary, to provide proof of identity, proof of age, proof of residency. Proof of identification, residency, age and entry considered suitable for verification is at the discretion of the PROMOTER.